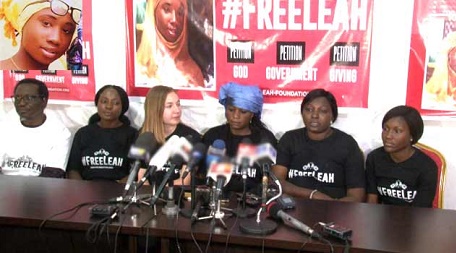 The family of abducted Dapchi schoolgirl, Leah Sharibu, has called on President Muhammadu Buhari to secure the release of their daughter from the captivity of Boko Haram terrorists.

They made the call while addressing a press conference on Sunday in Abuja.

The briefing held ahead of the one year anniversary of Leah’s abduction by Boko Haram.

Leah’s mother, Rebecca Sharibu, who spoke in Hausa broke down in tears as she called for her daughter’s release.


She appealed to the President to make good his promise of ensuring that her daughter was freed from the custody of her abductors.

Another member of the family, Gloria Puldu, explained that the press briefing was called to remind Nigerians and the entire world that their daughter has not been released by her abductors.

Gloria said, “We as a family decided to call for the press briefing to ask everyone not to forget Leah because Leah is still in captivity.

“In less than eight days now, she will be spending one year in captivity if she is not released before then.

Meanwhile, the Minister of Information and Culture, Lai Mohammed, has faulted the report that Leah has died in captivity of her abductors.

Addressing reporters on Sunday in Ilorin, Kwara State, Lai said, “It’s absolutely fake news. There is nothing like that.”

The minister, however, alleged that the report was an alleged plot by the political opposition to tarnish the image of the Muhammadu Buhari administration ahead of the general elections. 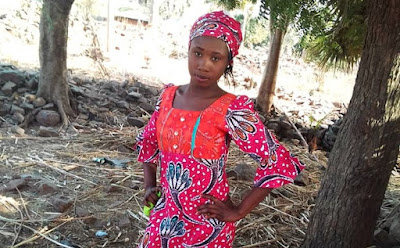