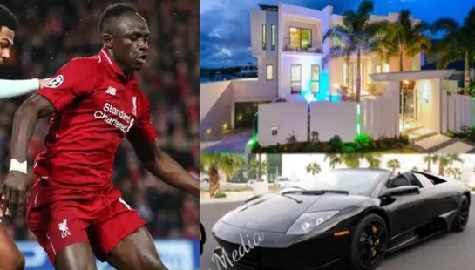 The house of Liverpool star Sadio Mane was burgled during the Reds' Champions League encounter with Bayern Munich on Tuesday night.

Mane, 26, played the full 90 minutes during the goalless draw at Anfield.

But during the last 16 first leg tie, the Liverpool Echo reports that a number of people forced entry into his Merseyside home in Allerton.

Watches, mobile phones and car keys were stolen during the incident, which it's believed occurred between 6pm and 11:45pm.


A forensic investigation of the home has now been carried out by police, and officers are appealing for the stolen items to be returned.

Detective Inspector Phil Mahon said: "We are appealing for anyone with information in relation to this burglary to please come forward and assist our enquiries.

“While the occupants were not present at the time of the incident, this will no doubt be a distressing experience for them and I would ask the offenders to do the right thing and return the stolen items to the owner in any way possible.

“We know the watches in particular are of significant monetary value and I would also like to appeal to anyone who might have been offered the items for sale since the burglary to contact police.

“Likewise if you saw anything suspicious in the area, or have any dashcam or CCTV footage, please get in touch.”