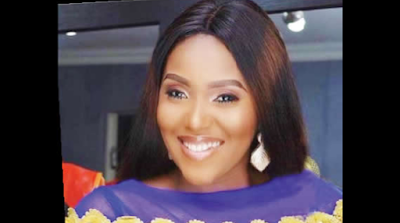 Lobatan! Nollywood actress, Abiola Adebayo, popularly known as Biola Eyin Oka, has described the society as unfairly putting so much pressure on celebrities. According to the dark-skinned actress, the society is fond of setting unrealistic standards for celebrities. In an interview with Saturday Beats, Adebayo noted that she would not be pushed to steal or do illegal deals to live a fake life.

“When I started my acting career and became famous, there were so many responsibilities for me, and I couldn’t meet up. People started seeing me as a celebrity and at the time, I didn’t even have the material things to qualify as a celebrity. At some point, I had to ask myself if I really wanted to go into the movie industry fully, bearing in mind that I had other things I was doing alongside.


“The society sets a standard for you the moment you become a celebrity. After ‘Eyin Oka’, the movie that made me famous in 2004, I found it difficult to take public buses. I didn’t even have the money to buy a car at the time so it hit me hard. I even had demands from family members and some of my neighbours; they assumed I had so much money. The pressure the society puts on celebrities is too much, I cannot fake what I am not.

“I bless God because I am not where I used to be, but I am not where I am going to yet. I have responsibilities too, and it is not like I earn as much as people think I do, but I am not poor. Some celebrities do what they are not supposed to do to make ends meet because of the high expectations of the society. Sometimes, when I am on the red carpet, they always ask me what I am wearing. I know they expect me to call the big designers; but in my mind, I always tell myself that I can’t steal to buy all these big brands.

“Sometimes, when they even ask me these questions, I don’t even answer them. Even when they ask me who designed my dress, I simply tell them it is a tailor. Even some politicians steal just to meet up with the expectations of the people,” she told Saturday Beats.
at February 23, 2019