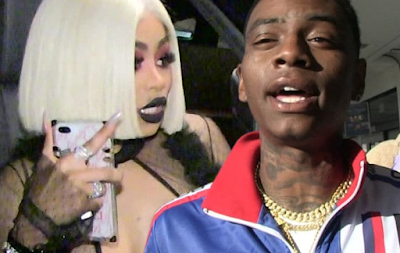 Blac Chyna is blasting Soulja Boy for trying to s-x shame her after their breakup and she's hitting him where it hurts!!!

Sources close to Blac Chyna tell TMZ ... Soulja Boy's an immature, thirsty clout chaser who was begging to get with her, and she's glad their relationship is dunzo!!!

They are told her anger stems from SB's response to TMZ breaking the news of their split. In a since-deleted tweet, Soulja Boy said he "just wanted to see what the p***y felt like."


Our Chyna sources say she's happy Soulja Boy's out of her life because the tweet showed his true colors. They are told she felt his reaction was the lowest of the low, and utterly ridiculous.

Recall Soulja Boy was super romantic and sweet while lavishing Chyna with $20,000 in gifts during a Valentine's Day shopping spree, not knowing he had another plan, lol… getting there!