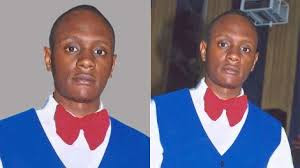 A young man from Nyeri committed suicide after he aired his sorrows on Facebook, in a way it has become a painful trend for depressed youths suffering silently.

Owen had poured his pains on Facebook days earlier but not even close relatives thought he was in the blink of taking away his life.

On January 15 the Njiiri School alumni posted; “Solutions to all problems is death. No man…no problems”. He expressed his woes further with a post saying; “Life after campus my friend”.


After his death his close relatives have expressed shock saying there were no telltales indicating he was headed that way.

His aunt Qui Wangui Philip wrote on Facebook; “I don’t know much, most will insult but it is serious. If anyone from your group of friends sends an SOS about death being the way out. Please please reach out and try help. My nephew wrote such I didn’t see it. Some of his friends joked about it and he was serious” she wrote.

She added; “He committed suicide. And now he is dead. It pains like hell that in didn’t see the message. That I didn’t reach out to help. Please please let’s avoid these deaths. Fare thee well Macharia OHwen Maina”

His other kin Jane Wangechi said it pained her to lose a relative “I’ve seen Owen growing, crawl, talk, walk, learn, and grown to a full gentleman, but God knows best”. 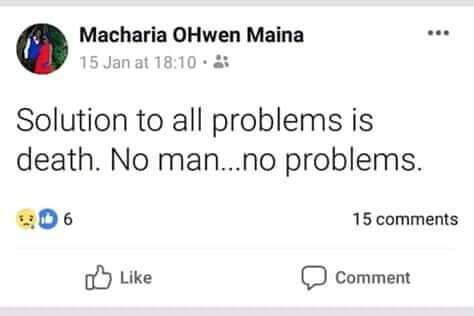 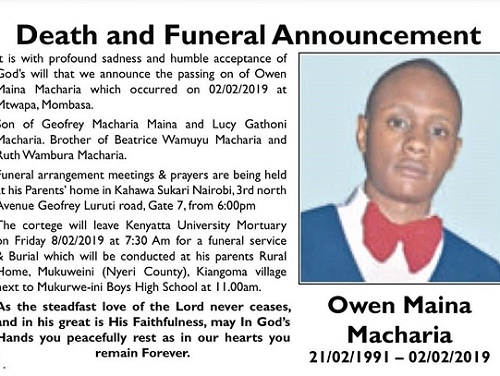