Man Kills His Eight-Year-Son Over Meat In Uganda 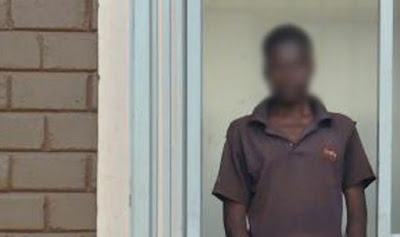 Police in Manafwa District have arrested a 43-year-old man over killing his biological son after he found out that he had eaten his two pieces of meat kept for him by his wife.

The suspect who is a resident of Buwamwibi village, Maefe parish in Maefe Sub-county strangled his son to death on Wednesday evening upon discovering that he had eaten his meat. The deceased was an eight year old pupil at Maefe Primary School.


"The suspect killed his son after he found out the he had eaten his meat kept for him by his wife, who was away when the incident happened. We were alerted and have arrested him," he said.

Mr Kamugisha said the suspect, who is currently detained at Manafwa Central Police station, will be charged with murder after the investigations.
He, however, cautioned parents against torturing their children and any other form of violence in their families, saying it's a crime.

Mr Ahamada Washaki, the Resident District Commissioner (RDC), who visited the scene, said the suspect, could have committed the offense under the influence of alcohol.

"The suspect was drunk at the time he committed the offence," he said.

Mr Washaki said they have launched an operation to crackdown on early drinking and gambling, adding that they also organise meetings to sensitize people on dangers of domestic violence.

"People no longer work but instead wake up early morning to head to drinking joints and gambling centres, which has rendered most of them unproductive, poor and desperate," he said.
Ms Everline Sellah, one of the neighbours told Daily Monitor, that on the fateful night, the suspect returned home from a drinking spree before asked for his meat. He got angry off after his son confessed to have eaten it.
"I heard when the son told him that he had eaten it and I knew it would annoy him but I did not expect that he would kill him because of meat," she said.

Ms Sellah explained that after a few minutes, they heard the suspect making alarm that he had killed his own son.

"We thought he was joking but when rushed there, we found the child dead. He had strangled him to death," he said.