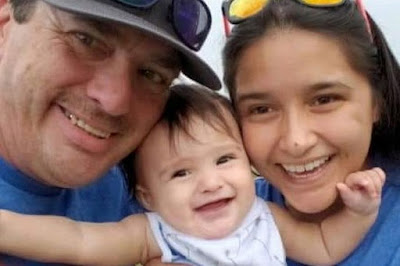 A man shot and killed his wife, baby daughter and his wife's grandparents before killing himself at a Texas ranch.

Five people were found dead from gunshot wounds in Blanchard yesterday morning with local reports indicating it was a horrific murder suicide.

The shooter, who eventually killed himself after the clinical rampage, has been named as Randy J Horn, in local reports.

The 54-year-old's victims are his wife Ashley Horn, their 15-month-old daughter Ranly, and Ashley's grandparents Lynda and Carlos 'Gene' Delaney, both 72.


Police officers were called to the ranch at 10.30am on Monday after receiving reports there were multiple assault victims at the Blanchard home, called 'Delaney Ranch'.

The home was owned by Lynda and Carlos, their friend Terri Robinson told DailyMail.com.

New mum Ashley had been visiting with her grandparents with baby daughter Ranly on Sunday night.

At a press conference Polk County Chief Deputy Byron Lyons said the shooter and grandad Carlos' bodies were found inside the house.

Ashley, Lynda, and Ranly's bodies were outside of the residence. Multiple firearms were also found at the scene.

The only survivor of the mass shooting was Ashley's mother, who had been in a back bedroom when she woke up around 5.30am and heard 'popping noises'.

She called her son, who then called police.

She was found unharmed in the locked bedroom after police arrived at the scene.

Lyons said Ashley's mother is being questioned so that authorities can better understand the timeline of events. She is not considered a suspect.

Authorities did not say whether Monday's shooting was a murder-suicide however they did say they are not looking for a suspect.

Terri Robinson, who was close friends with Lynda and Gene, said Ashley had been married to Horn for 'three or four years now'.

Robinson said that Ashley visited her grandparents a lot and added "I was told that she was probably leaving him."

Robinson told the Daily Mail she met Horn once and immediately had a bad feeling about him.

She said: "He was a lot older than her.

"I didn't know Randy, so I couldn't make a judgement on him at the time. It's just a vibe I had."

Just hours before he turned a gun on his family, Randy is reported to have been at a bar called Players to play poker.

"It's time to pay up for all the bad decisions you made in life," he wrote. "Never bet your life on someone because you never know." 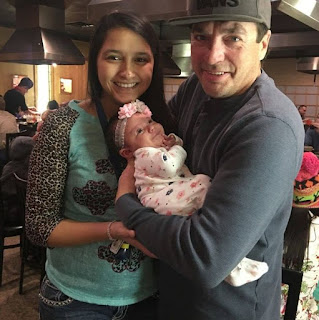 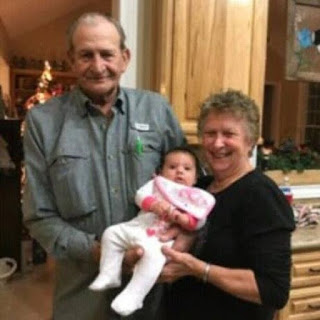 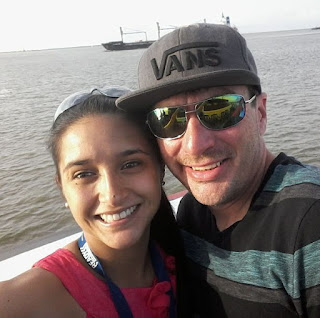