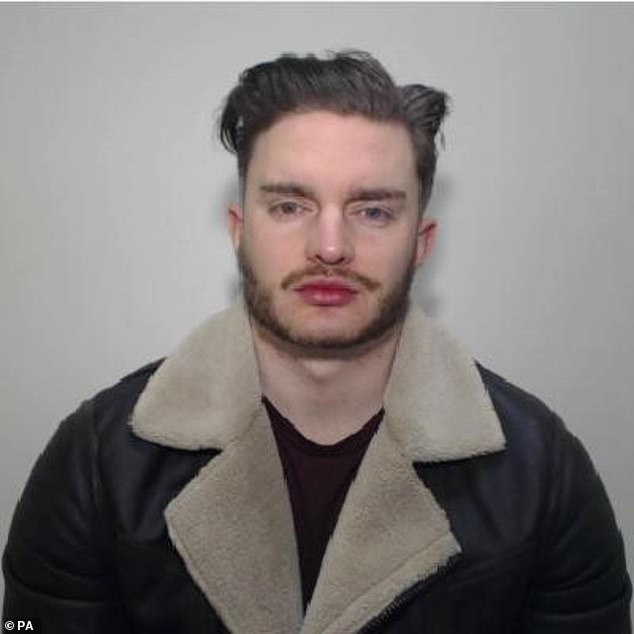 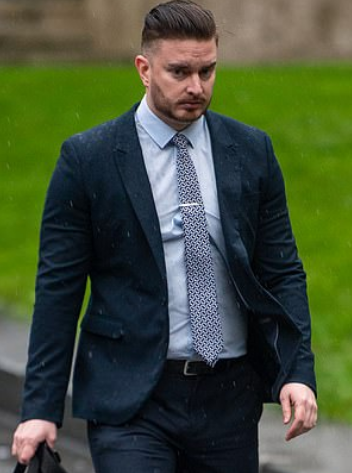 An office worker who lost his job and home after he spent the night with a 12-year-old schoolgirl who pretended to be 19 has been jailed for two-and-a-half years.

Carl Hodgson, 27, brought the girl to his Manchester quayside apartment after he met her on a dating app - not realising she used a fake profile which claimed she was 'experienced'.

He admitted to carrying out a s-x act on the girl and took an explicit image of her in a body stocking, writing: 'Mine was decent, nailed that bird, unreal bod.'

He was arrested a month later after the girl's mother found her daughter had logged onto his home WiFi and told police.


He said he did not know the girl's real age and that it was her who suggested they go back to his apartment.

The girl, who is known to regularly go missing from home, admitted posing as a 19-year-old and said Hogdson did not know her real age.

Hodgson admitted engaging in s-xual activity with a child, making and distributing indecent images and was ordered to sign the S-x Offenders Register for life.

He was banned from contacting girls under 16 without permission of their parents for seven years, and disqualified from living and sleeping in same household as child under 16. His not guilty plea for r-pe was accepted.