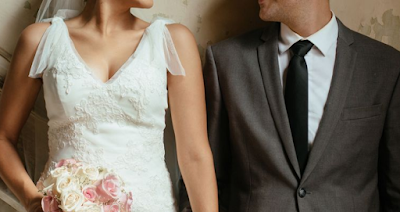 A man is threatening to sue his new wife after she wrote about his micropenis on the internet .

The woman claims her new husband kept it a secret until they were on their honeymoon by saying he didn't agree with sex before marriage.

She felt he had lied and tricked her, so decided to share the story on Reddit to get some advice.

But her husband found the post and is now terrified somebody will work out it's about him, so is threatening to divorce and sue her.

She writes: "My husband saw my post and says he wants to leave me and sue me? Says he wants an annulment and is considering suing me for defamation of character.

"He says it's only a matter of time before someone leaks his name.


"He saw the post through an old friend of his who knew he had a micropenis and saw on his FB that he had just gotten married.

She also reveals that she finally confronted him about the micropenis, asking why he didn't tell her earlier.

She wrote: "I confronted him last week about intentionally keeping this from me and he said he was sure I would leave him if I knew about the size prior to the wedding.

"And that he wanted to talk before the wedding but feared it being called off because of his micropenis and said if both families found out/gossiped about it he would be crushed.

"Which is basically what I did with the entire world via reddit, but he didn't know this until last night because I never told him that I posted on reddit when we talked."

The woman's second post had mixed reactions from other users.

Many still had no sympathy for the man, claiming it was his fault for not being open about it in the first place.

One commented: "I usually would feel bad for the person in this situation, in fact I do understand his want to not become two families laughing stalk, but he still tricked this woman into marrying him while withhold information he knew would effect her decision."

Another added: "Now that you know he intentionally hid it from you, the best thing for you to do would be to leave him. He tried to trap you into marriage without telling you something that is honestly very important. There’s no limit to what else he will hide from you to manipulate you. Seek the annulment yourself and talk to a lawyer, even though I don’t think he has any grounds for a defamation lawsuit."

But others felt sorry for him, and many pointed out he would probably see her second message as well.