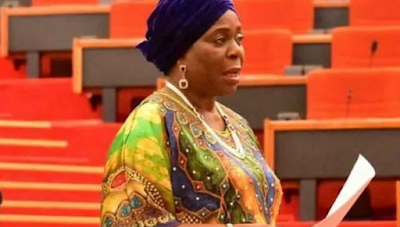 The Senate Minority Leader, Biodun Olujimi has lost her bid to return to the Senate, as she has been defeated by former fellow party man, Dayo Adeyeye of the All Progressives Congress.

Mr Adeyeye emerged victorious at the end of the count of votes for Ekiti South senatorial district.

Mr Adeyeye defected to the APC shortly before the 2018 governorship election, after the controversial PDP governorship primaries.


In the same vein, incumbent senator, Fasina Abayomi of the PDP was also defeated by an APC chieftain, Olubunmi Adetunbi.
at February 24, 2019