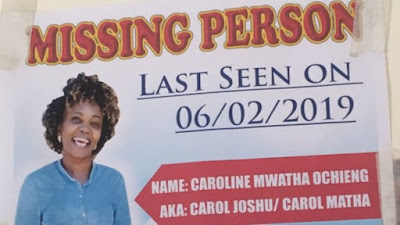 Six people have been held in connection with her death, Kenya's Director of Criminal Investigations said.


The BBC's Ferdinand Omondi in Nairobi says sources indicate that Ms Mwatha's body is at the City Mortuary in Nairobi.

Her family and colleagues say they had looked for her in many places in the past few days, including the mortuary where she was found.