My Husband Took My Name To Herbalist- Divorce-Seeking Wife 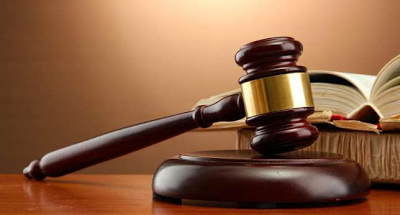 A 35-year-old housewife, Bukola Ilesanmi, on Thursday pleaded with an Ado-Ekiti Customary Court to dissolve her 16-year marriage to her husband, Kayode, on grounds of cruelty, being fetish and lack of care for the children.

Bukola, a resident of No. 9, Oke Ureje, Poly Road, Ado-Ekiti, told the court that her husband was fond of beating her every time with cutlass, while accusing her of being a witch.

According to her, Kayode does not take care of the children, adding that he always beat her, describing the beating as a regular experience since they married.


“I recall that my mother once asked me to divorce him because of the beating,” she said.

The mother of four also alleged that her husband was fetish, accusing him of always bringing charms to the house.

“He would threaten to beat me up should I refuse to use the charm. He is fond of taking my name to herbalists, as I confirmed when I saw my name written on a paper inside his pocket,” she alleged.

She said there was a time her husband asked her to bring her clothes to a herbalist but when she refused, Kayode fought her.

She, therefore, urged the court to dissolve the union and award her the custody of the children, ages between seven and 15.

The respondent, Kayode, 45, however, denied all the allegations levied against him by his wife, saying he was not fetish.

He admitted that one of his customers took him to a prophet where he was told that his wife needed deliverance.

Kayode also said there was a time his son was sick and a word of prophecy came to him that the child should take his bath with a special soap, but his wife refused.

“She claimed I wanted to use the boy for ritual. My wife is fond of cursing me, even to the extent of doing so in my shop.

“Presently, things have gone bad and down for me because of her curses. With her around, I am always afraid of coming home; but when she left, I have had peace of mind,” he said.

After hearing from both parties, the president of the court, Mrs. Olayinka Akomolede, adjourned the case until March 7 for judgment.