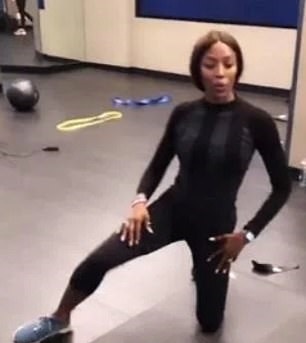 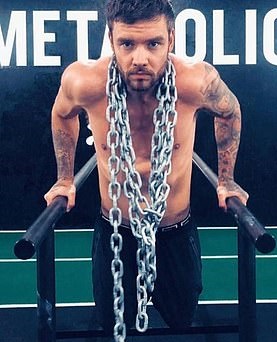 She was quick to like a steamy shirtless snap of her rumoured beau Liam Payne, amid claims they're having a mind-blowing' time together.

And Naomi Campbell, 48, reportedly took the very same image of the former One Direction star, 25, during a couples' workout on Tuesday.

A source told The Sun: 'The fact they are working out in the gym as a couple shows they're actually taking things to the next level.'

The insider added: 'Not everyone would get on board with Liam's quirky ways, but it seems Naomi was only too keen to join in by taking the picture of him with chains draped round his neck.

And the fact they're working out together proves the romance is more serious than anyone thought', they added.

The supermodel's personal trainer Joe Holder shared an Instagram clip of her engaging in an intense work out session, before posting a snap of his shoes beside lifting chains - similar to the equipment around Liam's neck.

Within an hour, the Bedroom Floor singer's sexy shot had garnered more than 281,000 likes - with Naomi being one of the fans. 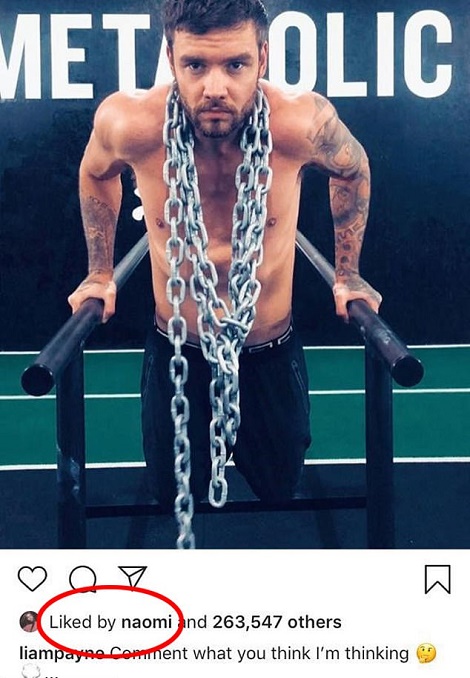 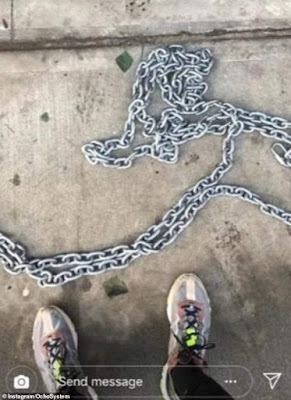