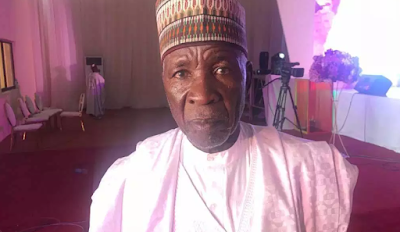 Buba Galadima, a political ally of Atiku Abubakar, the presidential candidate of Nigeria’s main opposition in Saturday’s presidential election, was arrested on Sunday, his Peoples Democratic Party has said.

Specifics of the development were still unclear as of press time, but the party’s spokesperson, Kola Ologbondiyan, said it occurred in Abuja.

“He was accosted on the road and arrested,” Mr Ologbonyan said, adding that he was still making efforts to obtain further details.

A host of opposition voices online quickly pointed at the State Security Service as the agency responsible for Mr Galadima’s arrest, and demanded his immediate release.