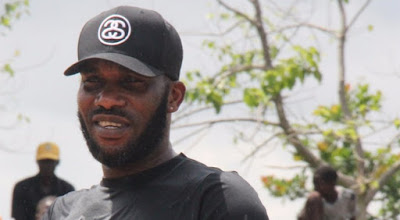 Former Super Eagles captain, Austin ‘Jay Jay’ Okocha yesterday said he was never contacted over his alleged failure to pay income tax before a Lagos court issued a bench warrant for his arrest.

Okocha spoke for the first time yesterday when he told The Guardian in a telephone chat that he was never contacted by anybody regarding income taxes. “I only read about it on the pages of newspapers.

No one contacted me. As a citizen of the Federal Republic of Nigeria, I know very well that nobody is above the law. But honestly speaking, I was never contacted by anybody on issues before the court order.”


The former Bolton of England midfielder, and member of Super Eagles squad to Tunisia ’94 and Atlanta ’96 Olympics, however hinted that the issue had been settled. “It has been settled, but I won’t be able to give you details,” he stated.

Okocha was taken to court by the Lagos State Ministry of Justice on a three-count charge bordering on failure to furnish return of income.
at February 28, 2019