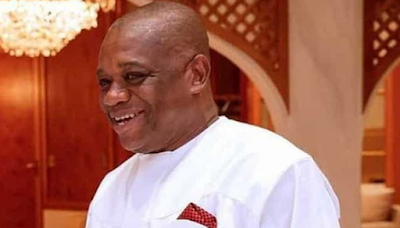 The result was announced by the returning officer, Dr Charles Anumudu who noted that Kalu polled 31,203 votes to Ohabunwa’s 20,801 votes.