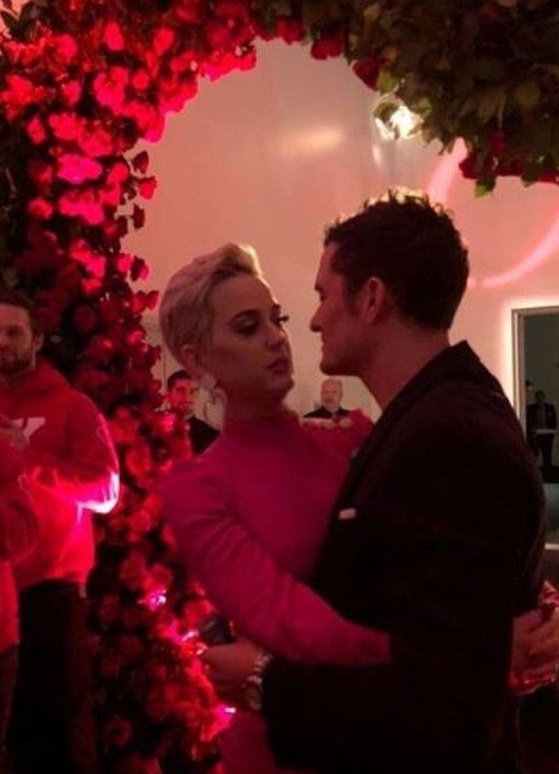 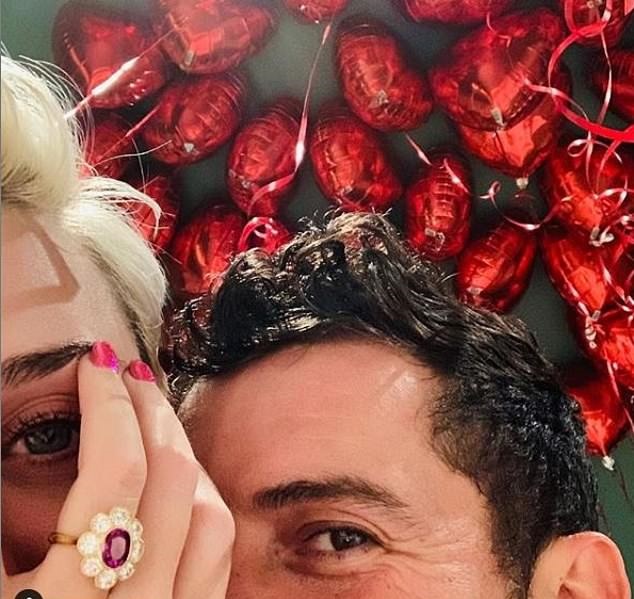 Katy Perry has confirmed that she got engaged to Orlando Bloom on Valentine's Day, following a three-year on-off romance in front of her entire family.

The singer, 34, took to Instagram to share a picture of herself and her actor beau, 42, as she showed off her 'wildly valuable' engagement ring, estimated to be worth $5million.

'It appears to be a four-carat fancy vivid pink oval shaped diamond arranged with eight white diamonds around it to assemble a flower "in bloom" - this ring is truly one-of-a-kind and wildly valuable.'

The singer's mother, Mary Hudson, broke the news of the engagement on Facebook, sharing images of the emotional proposal and captioning them with: 'look who got engaged last night'.

According to The Sun, Katy was 'shocked and surprised' to walk in and see her family and friends as well as balloons and candles.

The actor had asked for both Katy's mother and father for permission to ask her to marry him. 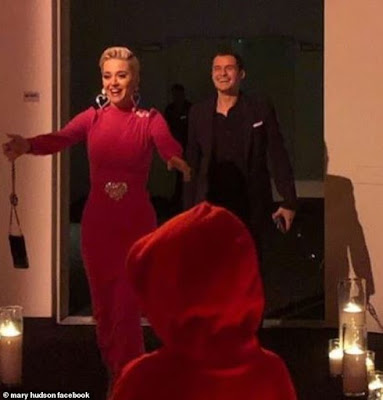