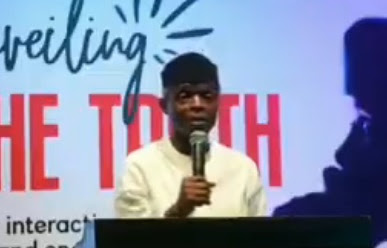 News going round the internet has suggested Vice-President, Yemi Osinbajo has resigned. This came after the Vice President was not seen at the security meeting the President held with some state governors. The VP has now taking to twitter to debunk the news calling it FAKE. The VP wrote;

“Misleading/FAKE news is on the rise especially in this season when Nigerians will make a choice about who will govern them for the next four years. I have not resigned! I remain committed to the service of the Nigerian people under the leadership of President Muhammadu Buhari.” 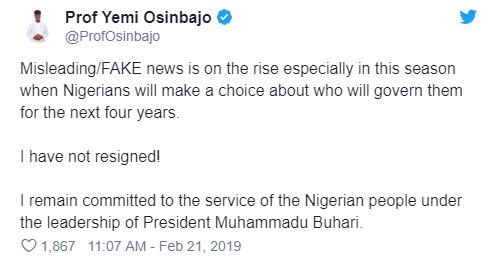