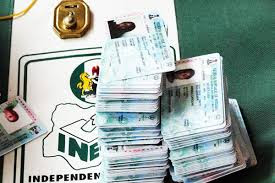 The Peoples Democratic Party (PDP) has urged the leadership of the Independent National Electoral Commission (INEC) to extend the collection of Permanent Voter Cards (PVCs) by three days.

It said its demand is predicated on reports across the nation that “some compromised” INEC officials at the collection centres are deliberately refusing to issue the PVCs to voters thereby frustrating millions of registered voters from getting their voters cards.

A statement issued in Abuja on Wednesday by Kola Ologbondiyan National Publicity Secretary and Director, Media & Publicity PDP Presidential Campaign Organization said the party believes that this deliberate refusal to release the PVCs is part of the wider plot by the APC to disenfranchise millions of Nigerians and frustrate their eagerness to vote out President Muhammadu Buhari at the February 16 Presidential election and elect-in the peoples candidate, Atiku Abubakar.