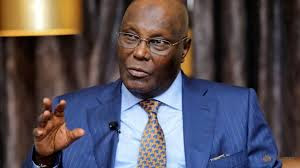 The People’s Democratic Party (PDP) has demanded immediate halt to the ongoing collation of results of Saturday’s presidential election by the Independent National Electoral Commission (INEC).
The main opposition party said collation of results must be stopped until data from the smart card reader accreditation at the polling units are made available to all the parties in the election.

At a media briefing in Abuja Tuesday, the Deputy Director General (Admin) of the PDP Presidential Campaign Organisation, Dr Tanimu Turaki SAN, the party cited manipulations, rigging and over-voting in some states by the All Progressives Congress (APC).

“The PDP predicates its demand on available evidence to the effect that data from the card readers are being reconfigured to suit the manipulations, rigging and over-voting already carried out during the election in some states by the All Progressives Congress (APC)”, Turaki said.

Turaki added that the National Chairman of the PDP, Prince Uche Secondus had already communicated the party’s position to the INEC Chairman, Prof. Mahmood Yakubu.