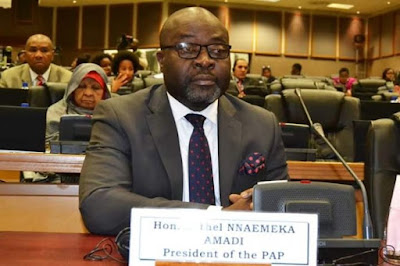 Rt. Hon Bethel Nnaemeka Amadi, a chieftain of the PDP, former member of the House of Representatives and President of African Parliament is dead. He reportedly died Sunday evening in an disclosed hospital in London, England.

The health of the three-term House of Representatives member for Mbaitoli/Ikeduru constituency had been deteriorating in recent times as a result of a stroke he had suffered which had kept him bedridden for several months.

A close family member, who confirmed the death of the 55-year-old former Chief Whip of the Federal House of Representatives, said that he died in London where he has been treated.