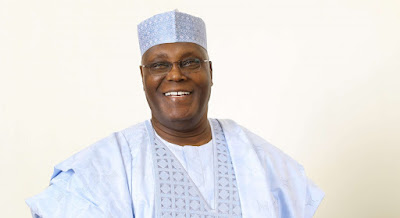 The presidential candidate of the Peoples Democratic Party (PDP), Atiku Abubakar, has said that with the results collated so far, he is sure of winning the presidential election.

Mr Abubakar stated this on Sunday morning in a statement by his campaign spokesperson, Phrank Shaibu.

“With strong shares of vote in SS, SE as well as an increased share in SW and NC we are very pleased with the progress the PDP has made. We look forward to sharing some exciting news in other parts of the country very soon, which will confound all the armchair pundits,” Mr Shaibu said.


Atiku in the statement said “I would like to sincerely thank the millions of people who, despite having to bear the additional burden of a postponed election, came out yesterday to vote for me and the other PDP candidates standing in this election.”

The statement said with the PDP’s high tech, cloud-based SVC system – which is able to collate in real-time the results from the 176,000 voting points across the nation – the Presidential candidate could boldly assure his supporters that victory was at hand.

“With strong shares of vote in SS, SE as well as an increased share in SW and NC we are very pleased with the progress the PDP has made. We look forward to sharing some exciting news in other parts of the country very soon, which will confound all the armchair pundits.

The people of Nigeria can take solace that very soon the living Nightmare of the last four years will come to an end so that together we will get Nigeria working again.”

The PDP Presidential candidate urged Nigerians on the need to maximise their eternal vigilance in the next 48 hours to prevent the majority votes recorded at the polling units being disrupted by force by the APC at the collation centres.

“I am familiar with how brazen and the complete lack of shame the APC can exhibit, but even I was shocked to witness just how low they went last night by accusing the PDP of ‘recruiting armed thugs’ to do just that. Why would we want to do that when we are winning?”

“Furthermore I would like to say how proud I was of PDP supporters who conducted themselves so peacefully despite the significant provocations and threats of violence, removal and burning of ballot boxes and the likes.”

The statement also thanked the security forces and election officials who in the main conducted their duties with exemplary professionalism but tasked General Buhari on his promise of a free and fair election.

“General Buhari you have promised our people and the world that you would conduct ‘free, fair and credible elections’ so please call off the wilder elements within your party and deliver on your promise.”
at February 24, 2019