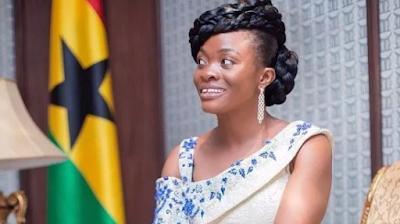 According to her, the Bible categorically describes people who consistently drink alcohol in the book of Ephesians 5:18 as senseless people.

This remark was a reply she gave to a question about whether or not the drinking of alcohol was something the Bible speaks against when she was recently interviewed on the ‘Zionfelix Uncut’ show during the launch of the Kumasi edition of the Abba Father Concert, 2019.


The ‘Pentecost Gya’ hitmaker further explained that people at every point in time have the fear of going on board a car that is being steered by a drunk driver because they believe that it is not safe and as such questioned why these same people will have no problem drinking the alcohol and stating that it is good.

When Zionfelix, the host of the show brought about the popular cliche about people stating that they only drink a little and as such do not get drunk, Evangelist Diana Asamoah made the point that everything has a beginning. She added that nobody starts schooling from the JHS but it is a gradual process which begins from the kindergarten or creche. And as such people who always throw this cliche around may become proper drunks very soon.