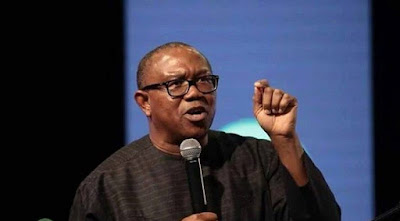 He accused the electoral umpire of disenfranchising over 8 million registered voters in the South East Geo-political Zone in the last general election.

Addressing newsmen in his Onitsha residence, Obi further lamented that the election was systematically planned to ensure the zone did not participate fully in the exercise.

He argued that only 20% were able to cast their votes out of 10 million registered voters in the area.


He said, “You will recall that on the election day I said that the process was clumsy and we also had major problem of card readers and most people could not vote.

“When over 400,000 Card Readers got burnt it became clear that something was wrong somewhere and INEC could not save the situation and they will not allow people to vote manually.

“But in some other parts of the country people are allowed to vote manually and it was accepted by the electoral body. Now how can you tell me that a state like Yobe and Bornu produced the number of voters that is higher than Anambra and Ebony states put together?

“The two states are areas that have been at war and I wonder how they got Card Readers that are working so well despite the war situation that they found themselves?