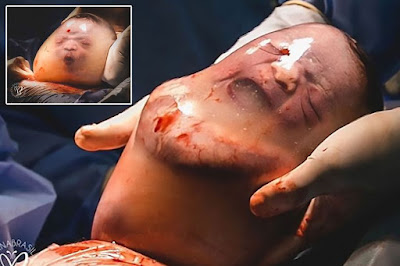 A newborn has arrived in the world while still inside his amniotic sac in what doctors believe is a one in 100,000 chance.

The incredible images were taken as mother Monyck Valasco gave birth to little Noah in Brazil.

Birth photographer Jana Brasil captured the baby completely surrounded by the amniotic fluid which had protected it during the pregnancy.

Noah's whole body is engulfed by the sac but he still wiggles and attempts to cry as he is pulled from his mother's body.


The sac usually splits just before birth and is more commonly known as a woman's waters breaking.

His 34-year-old mother told reporters at the Praia da Costa Hospital in the city of Vila Velha: "People all around the world are reposting the photos and looking for us.

"I saw him being born. They lowered the screen so I could see. I cried a lot. It's an emotion that has no size."

Ms Brasil, who dedicated herself to photographing births as a full-time job three years ago, said: "It's indescribable to register that moment.

"Last year I took photos of babies in the sacs, I have two awards.

"But nothing like the photo of Noah, it surprised me.

"I thought I had been through all the emotions, but he pulled a face and did a little pout." 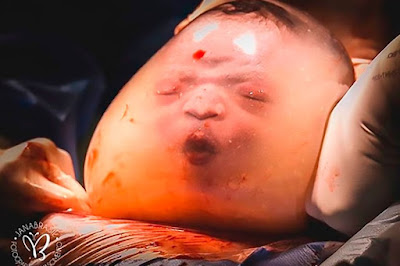 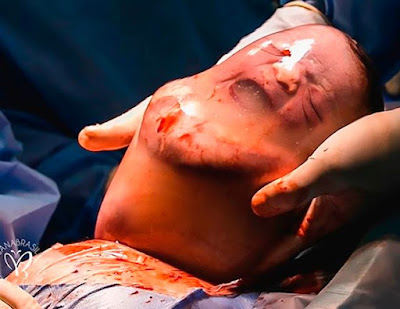 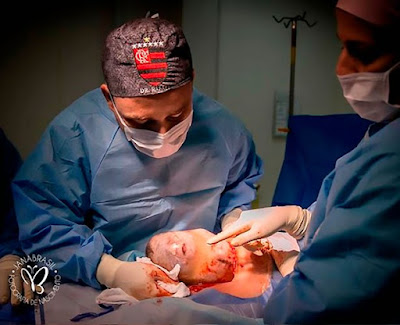 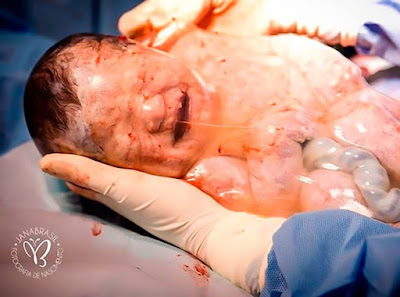