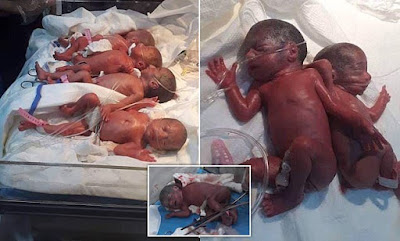 A new mother delivered a remarkable seven babies in a single natural birth with all the children reportedly in perfect condition and doing well.

The startling birth occurred at a hospital in the Diyali Province of eastern Iraq in what is believed to be the first septuplet delivery in the country.

Firas Al Izzawi, a spokesman for the local health department, said in a statement that the 25-year-old mother, who has not been named, had a natural birth and was healthy after the procedure.

The seven newborns, six girls and one boy, are said to be in good health after receiving medical check-ups and images show four of the tiny babies lying in a bed together.


Other images show two of the tots lying together shortly after the birth which it is believed is the first case of septuplets being born in Iraq.

Local media has since published images of the infants, who are being celebrated nationwide. 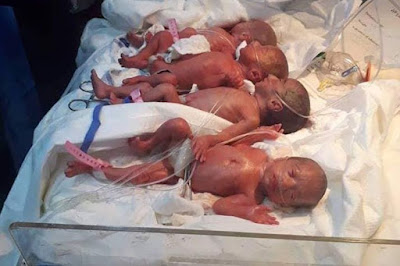 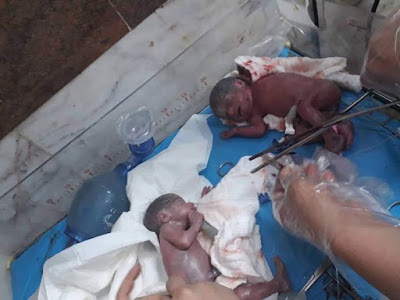 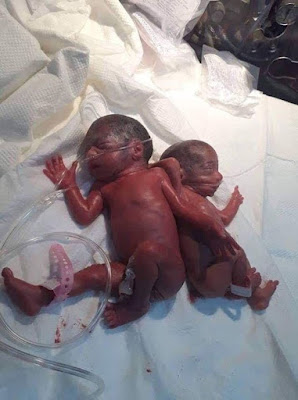