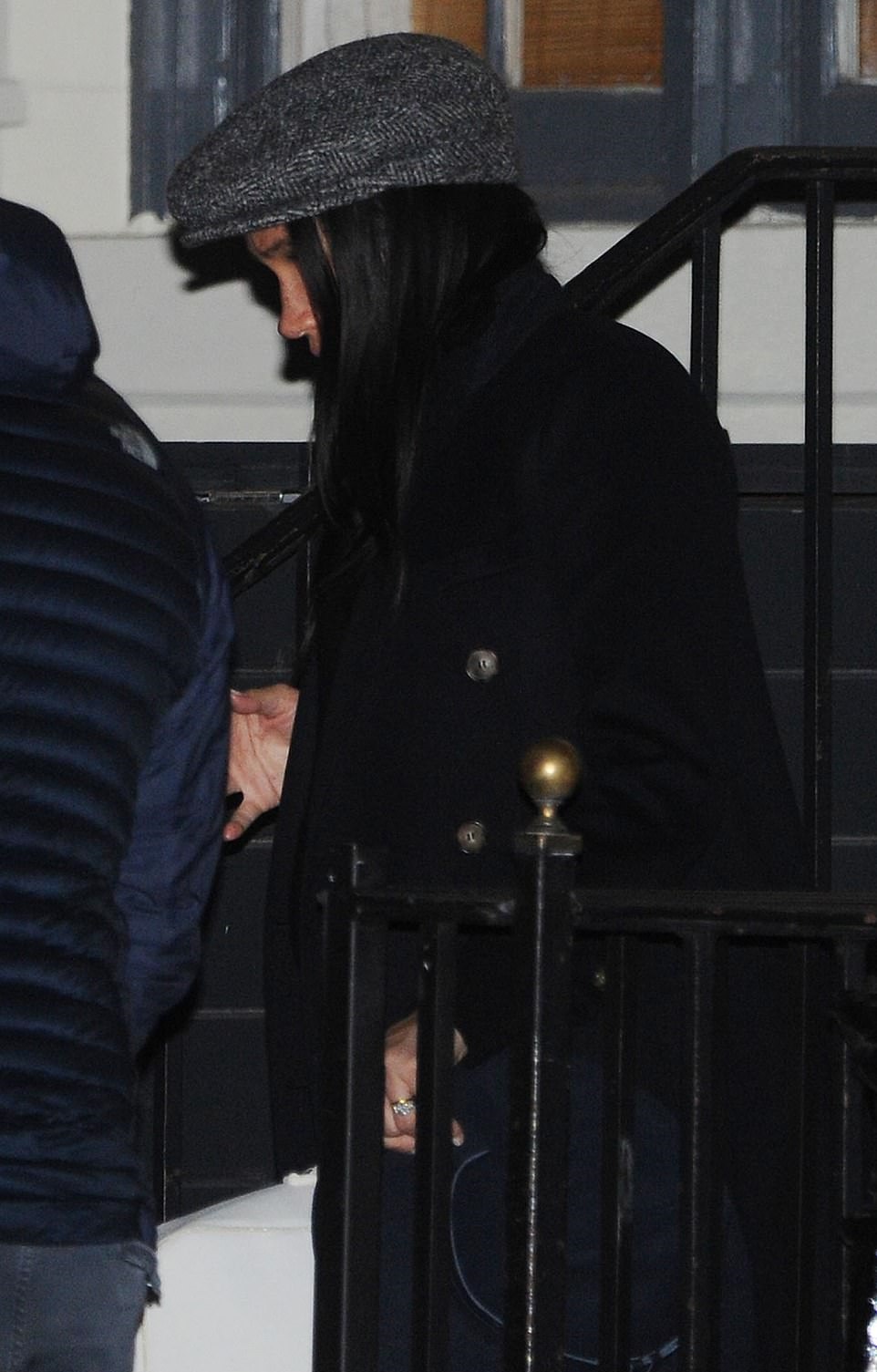 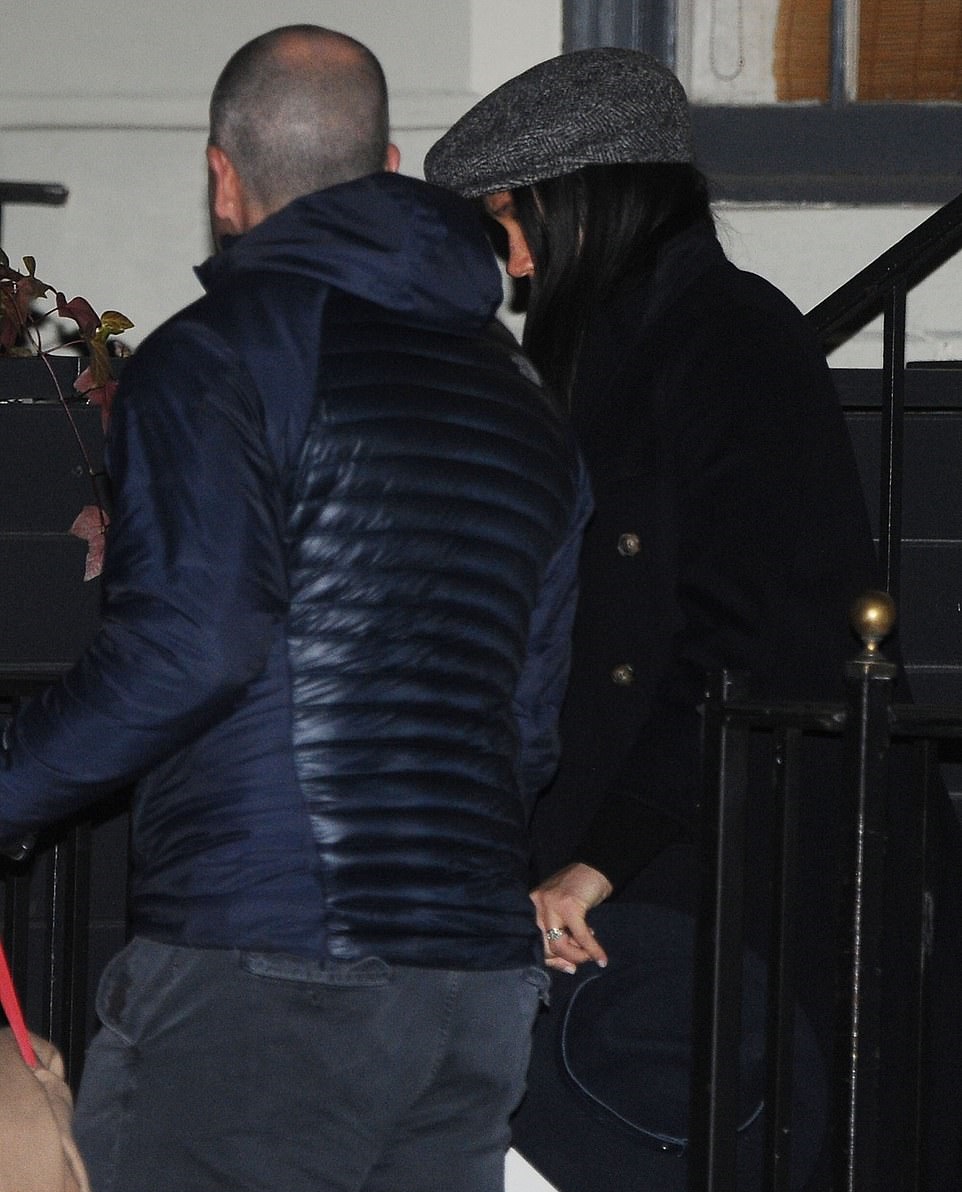 Meghan Markle has reportedly returned to New York City to spend some quality time with her girlfriends before her royal baby arrives this spring. The 37-year-old flew from London to New York City on Friday, February, 15, for a five-day trip filled with shopping, good food, and a baby shower with 15 of her closest pals, according to Harper's Bazaar.

The visit marks the first time the Duchess of Sussex has been in the Big Apple since she said 'I do' to Prince Harry in May 2018, and she hasn't wasted any time hitting up her favorite hot spots.

Meghan reportedly joined her close pal and unofficial stylist Jessica Mulroney at Ladurée in SoHo on Saturday to enjoy macarons and tea in one of the location's private spaces.

Meghan Markle attempted to keep a low profile as she stepped out, looking chic, but inconspicuous, in a long black overcoat and a gray newsboy cap pulled down over her dark brown hair.
While the Duchess of Sussex appeared to be making an attempt to go under the radar in her low-key ensemble, the large diamond engagement ring on her wedding finger was unmistakable.
at February 18, 2019