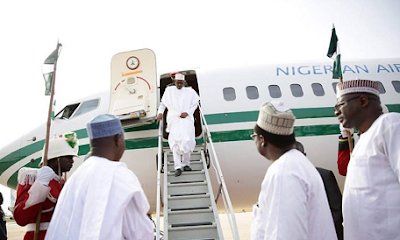 President Muhammadu Buhari this afternoon arrived in Katsina en route to Daura, his hometown, to participate in the rescheduled Presidential and National Assembly elections tomorrow.

The presidential aircraft conveying the president, his wife, Aisha, and some of his aides landed at Umar Musa Yar’Adua International Airport, Katsina, about 3.25p.m.

The president was received at the airport by Gov. Aminu Masari of Katsina State, the Minister of State for Aviation, Sen. Hadi Sirika, members of the National Assembly from Katsina State, heads of Federal Government agencies in the state and other government functionaries.

The president left the airport in a presidential helicopter for Daura shortly afterwards. 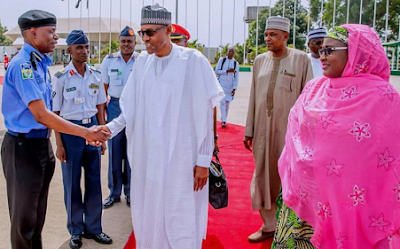 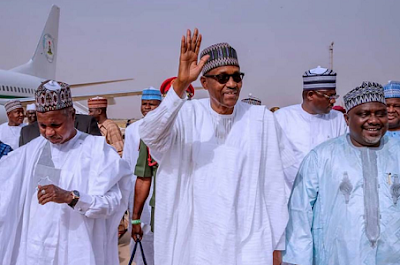