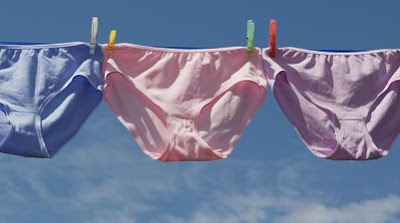 The police division in Okpanam community, Delta State has arrested six suspected ritualists with 200 female pants in the area. The Acting Police Public Relations Officer in the State, ASP Chucks Orisewezie, who confirmed the arrest of the suspects, told newsmen in Asaba that they include: Chucks Okolie, Francis Ogbereh, Collins Ederah, Felix Nnamdi, Goodluck John, and Steve Akpokona.

“The suspects were arrested upon intelligence gathered by the police detectives in the bush of Okpanam community where they allegedly packaged the underwears into a sack and were about moving out of the area. How vigi

“the police detectives recovered two hundred female pants from the suspects including N120,000, some fetish materials, three cut-to-size guns. “They confessed that they were working for some native doctors in faraway Ijebu Ode in Ogun State”.