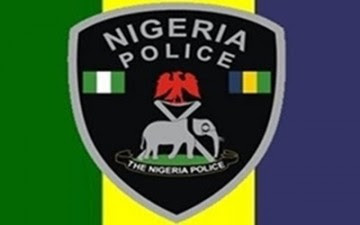 A gang of armed robbers on Monday killed an unidentified policeman on Monday in Ado-Ekiti.

The deceased policeman was said to have been shot while on hot pursuit of the robbers who had terrorised business premises and fled the scene. The bandits, according to an eyewitness, had earlier robbed a petrol station along Fajuyi -Secretariat road and were escaping through the old Iyin –Ilawe road when the police officer in a white Hilux van sighted them and gave them a hot chase.

The source said the police van had trailed the bandits up to NTA junction, where the bandits were said to have waited and blocked the way in readiness for a gun duel. “When the Hilux chased them up to that point, the armed robbers used their vehicle to block the way and rained bullets on the car. “The bullets hit the driver of the vehicle and died on the spot after which the robbers entered their car and sped off.”