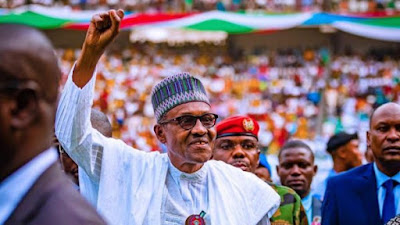 An herbalist and the Otunba Isegun of Osun State, Alhaji Olarinoye Opeyemi Mudashiru has predicted wide margin of victory for President Muhammadu Buhari in the presidential election holding across the country on Saturday.

In a statement on Thursday, Mudashiru said Buhari would beat his closest rival, Alhaji Atiku Abubakar of the Peoples Democratic Party (PDP) with at least two million votes.

According to him, “I, the Otunba Isegun of Osun State from Inisha in Odo-Otin Local Government area of the State, hereby use this medium to assure our President, Muhammadu Buhari that he will be victorious in Saturday’s presidential election.


“I also want to assure the National Leader of All Progressives Congress (APC), Asiwaju Bola Ahmed Tinubu that he should put his mind at rest concerning the Presidential election slated for 16th February.

“We have consulted with our ancestors and it is confirmed that President Muhammadu Buhari will be re-elected. As a matter of fact, President Buhari will beat his closest rival, Alhaji Atiku Abubakar of the Peoples Democratic Party (PDP) with at least two million votes.”

He also said both the presidential and national assembly elections would be conducted peacefully by the Independent National Electoral Commission (INEC) without any threat whatsoever to the security of the country.
at February 14, 2019