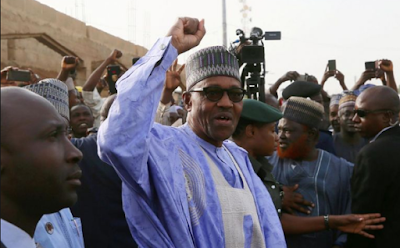 President Muhammadu Buhari has won his re-election bid as he polled 15,191,847 votes to defeat his closest rival, Alhaji Atiku Abubakar of the Peoples Democratic Party in the presidential poll conducted on February 23.

This is according to the Independent National Electoral Commission’s collated figure of votes from all the 36 states of the federation and the Federal Capital Territory released on Wednesday morning.