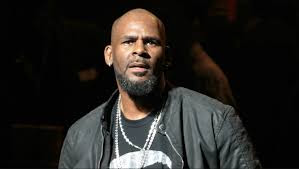 The R&B singer was handed the charges in Cook County on Friday morning.

According to records, his first court date has been listed for March 8.

Sources tell the newspaper that Cook County prosecutors appeared before a judge on Friday afternoon to sign off an arrest warrant for Kelly.


R Kelly has denied all allegations made against him.

It comes after reports that he could face criminal charges over a sex tape that allegedly showed him engaging in intercourse with a 14-year-old girl.

Although, it is not known if the charges that have been brought against him are connected to the alleged tape.
at February 22, 2019