R. Kelly Turns Himself In To Police 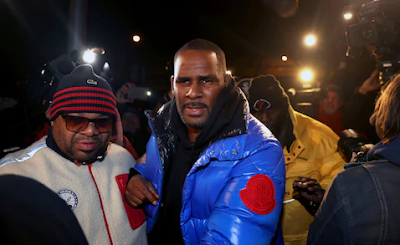 R. Kelly has turned himself in to the authorities, nearly seven hours after being charged with s-xual abuse.

The singer-songwriter was charged with 10 counts of aggravated criminal s-xual abuse in Illinois' Cook County on Friday afternoon. Chief Communications Officer Anthony Guglielmi tweeted that the star has since been taken into police custody in reference to the alleged crimes and is expected to appear in court on Saturday afternoon.

Earlier this morning, it was revealed in documents that there are four alleged victims, with nine of Kelly's counts involving alleged victims ranging in age from 13 to 16. TMZ reported that in a grand jury hearing in Chicago, two women alleged that the famous singer had s-x with minors and reportedly turned over physical evidence to prosecutors.


However, Kelly's lawyer Steve Greenberg alleges that Cook County State Attorney Kimberly M. Foxx "succumbed to public pressure" and thus charged the singer with the alleged crimes. He insists that the "Ignition" singer is "an innocent man." 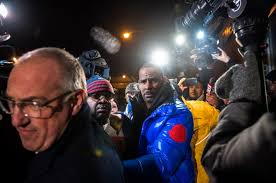