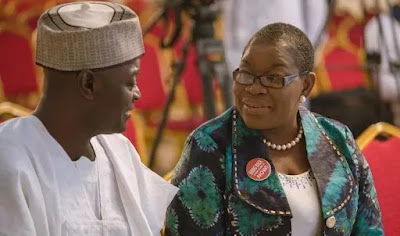 The Allied Congress Party of Nigeria on Thursday demanded that its former presidential candidate, Oby Ezekwesili, return all the money generated during her short stay in the party or risk legal action.

The national Chairman of the party, Alhaji Ganiyu Galadima, said the party rejected the defence made by Ezekwesili, who had accused the leadership of greed and desperation for money.

At a press conference in Abuja, Galadima told the former education minister that a political party was different from a charity organisation or the #BringBackOurGirls movement.


He said, “So, we wanted to know all the contents of the accounts and see the accounts because at the end of the day, it is not the presidential candidate that the Independent National Electoral Commission will hold responsible, but the party, and whatever any candidate generated for his or her campaign belongs to the party.

“We are expecting that she will respond at the appropriate time but if she doesn’t, we may be compelled to go to court.”

Galadima claimed that from all indications, Ezekwesili did not have capacity to contest a presidential election.

He said, “For somebody who wants to contest for the presidency, all you could generate for period of three months was just N43m and she spent everything. She did not disclose the sources of the fund and how much she generated.