R.Kelly In A Depressed Meltdown – Sources 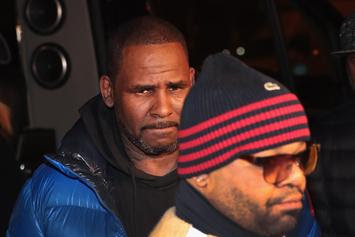 R. Kelly's maintaining his innocence despite being charged with 10 counts of s-xual abuse, but he thinks he's screwed anyway ... because he's already lost in the court of public opinion.

Sources close to the singer say he believes it will be impossible for him to get a fair trial in the aftermath of Lifetime's docuseries, "Surviving R. Kelly," and nonstop media coverage -- especially in Chicago.
As one source put it ... "There isn't a person in Cook County who hasn't heard all the hateful things said about him."


TMZ is told R. Kelly believes ... even if he presents evidence proving his innocence, the jury will still find him guilty.

The sources continued saying, he’s moved on from panic attacks and has been in a depressed meltdown for days.