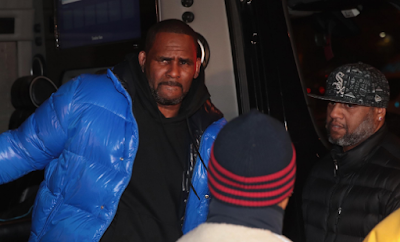 R. Kelly is a free man again -- it was total pandemonium as he walked out of jail and he'll have to pay off a 6-figure child support tab almost immediately if he wants to avoid getting locked up again.

Kelly's $100k bond -- 10% of his $1 million bail was finally posted Monday after he appeared in court and entered a not guilty to plea to all 10 counts of aggravated sexual abuse. As he walked out of jail, wearing his blue down coat, Kelly was swarmed by photogs and reporters.

There also seemed to be a number of protesters yelling at Kelly, calling him a pedophile and asking how he'd feel if someone urinated on his daughter.

He however made is way straight to McDonald's for some quick eats.


Although Kelly's out, he's staring down another deadline. TMZ broke the story he has to pay about $160k in back child support to his ex-wife, Drea Kelly, by March 6. If he doesn't, it's right back to County lockup.

The Kelly sources say he plans to make arrangements to pay the child support by next week, so he can focus on his criminal defense and avoid jail.

It's possible he could be facing additional charges after attorney Michael Avenatti dropped an additional bombshell -- a NEW tape showing Kelly having sex with the same 14-year-old girl from the other tape. Avenatti has now turned over both tapes to Cook County prosecutors.