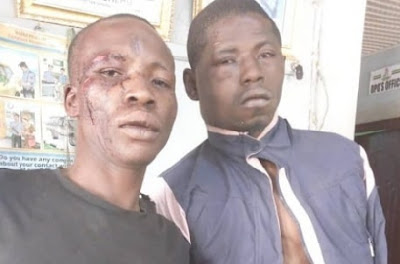 The police in Ogun have arrested two suspected armed robbers said to be dispossessing two policewomen on their way to work.

The suspects Hafiz Omidokun, 29, and Peter Babalola, 27, were apprehended on Wednesday at Iyana-Ilogbo where they allegedly double-crossed the policewomen’s vehicle and held them hostage with a locally made pistol, said spokesman Abimbola Oyeyemi in a statement on Wednesday evening.

According to Oyeyemi, the victims were in a vehicle belonging to one of them enroute Sango Ota from Ifo when the incident occurred.


“After collecting their bags and phones, the suspects were about to climb back their motorcycle when the two women officers engaged them in fighting and raised alarm.

“Sensing danger, the suspects fled but were chased by the policewomen assisted by passersby.

The suspects attempted to snatch another motorcycle when they realised they were about to be caught but were arrested there.

“A mob soon made to lynch them but the Divisional Police Officer (DPO) Sango Oyedele Nasirudeen, a Chief Superintendent (CSP) who was earlier contacted, arrived the scene with a patrol team and rescued the suspects.

“A locally made pistol, an expended cartridge and a motorcycle were recovered from them. Police Commissioner Ahmed Illiyasu has ordered the transfer of the case to the Special Anti-robbery Squad (SARS) for discreet investigation.“ 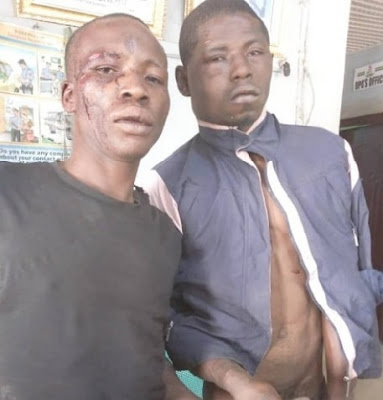