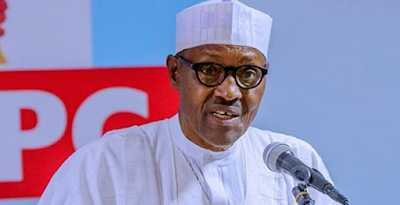 President Muhammadu Buhari has reacted to his re-election for a second term of four years, saying that he thanks God and Nigerians for the victory.

He made an acceptance speech at his presidential campaign headquarters in Abuja shortly after the Chairman of the Independent National Electoral Commission, Prof Mahmoud Yakubu, declared him as the winner.

The President also stated that his administration would continue to fight corruption, insecurity and improve on the economy.