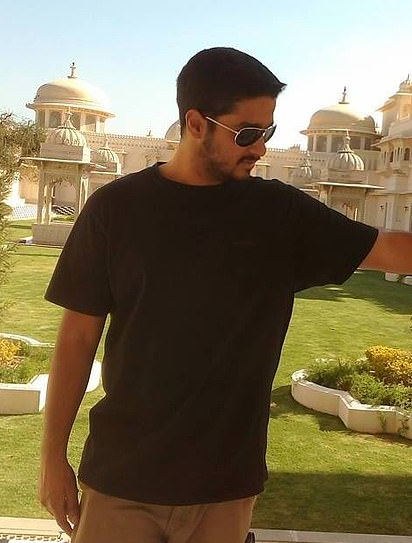 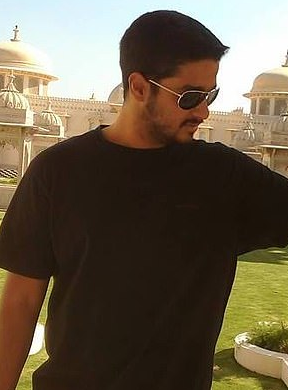 This is the first photo of the Indian man who is suing his parents for giving birth to him 'without his consent', without his huge fake beard.

Raphael Samuel, 27, from Mumbai, believes it is wrong to put an unwilling child through the 'rigmarole' of life for the pleasure of its parents, and has compared having children to 'kidnapping and slavery'.

Posting on Facebook yesterday, he also asked his followers: 'Why does society reward people who have unprotected s-x?'

His controversial opinions, presented by himself in a series of social media posts where he appears 'disguised' in a fake beards and sunglasses made headlines around the world.

Now, he has been pictured without the fake beard that has become his trademark.

Mr Samuel is part of the 'anti-natalist movement' which is gaining traction in India as younger people resist social pressure to have children.
Speaking to The Print Samuel said: 'I love my parents, and we have a great relationship, but they had me for their joy and their pleasure.

'My life has been amazing, but I don't see why I should put another life through the rigamarole of school and finding a career, especially when they didn't ask to exist.'

Samuel runs a Facebook page called Nihilanand, which has hundreds of followers, on which he regularly posts anti-natalist material.

One image is captioned 'parents are hypocrites', with the text saying: 'A good parent puts the child above is wants and needs... but the child itself is a want of the parent'.

A similar meme posted on the Facebook page reads: 'If parents truly know what is good for their children... why did they have them?'

Another asks: 'Isn't forcing a child into this world and then forcing it to have a career kidnapping and slavery?'

In yet another picture he writes: 'The only reason your children are facing problems is because you had them'.

His lawyer mother Kavita Karnad Samuel said yesterday that she admired his boldness.

She added that she was happy to accept that she is at fault, if her son is able to come up with a rational explanation as to how they could have sought his consent prior to his birth.

She writes: 'I must admire my son's temerity to want to take his parents to court knowing both of us are lawyers.

'If Raphael could come up with a rational explanation as to how we could have sought his consent to be born, I will accept my fault.

'I'm very happy that my son has grown up into a fearless, independent thinking young man. He is sure to find his path to happiness. '