So Sad! Makeup Artiste Stabbed To Death During Her Early Morning Jogging In Anambra [Pics] 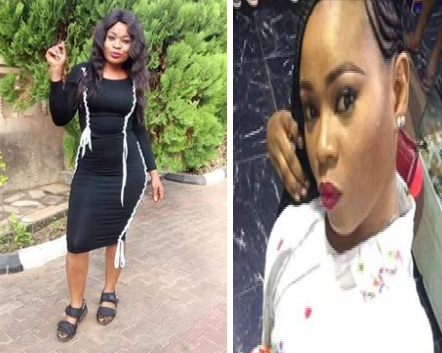 A makeup artiste identified as Oluchi has been killed. She was allegedly stabbed to death Monday morning during her early hour exercise. According to her friend who shared the news on Facebook, Chibuike Igwe, she was stabbed to death by armed robbers who had robbed her.

''What a wicked world. Can you believe she is no more. The pictures attached to this post is my friend, a smart hard working lady with great sense of humor .. She was stabbed to death while doing early morning exercise. The persons/people that did this to you will know no peace forever. #Blackmonday . Am still shocked after confirming you are no more. RIP OLUCHI’’ Chibuike wrote. So sad! 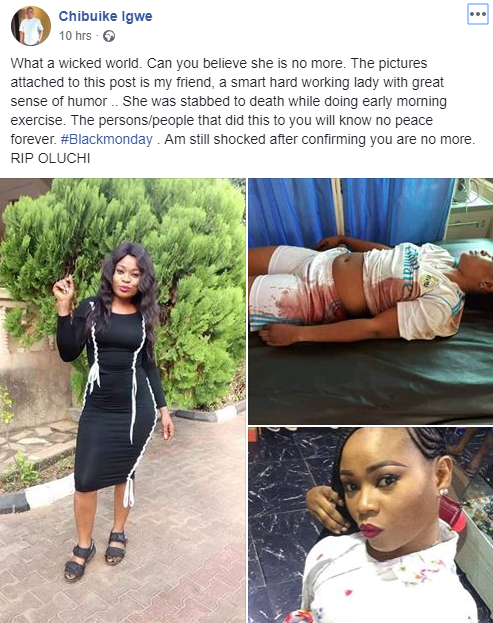