So Sad! Pilot May Not Have Been Qualified To Fly Emiliano Sala 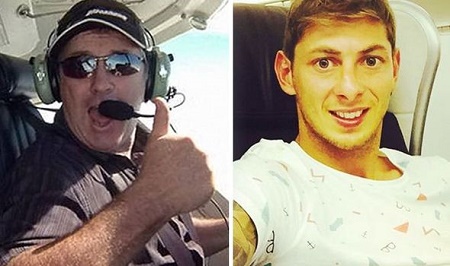 An interim report into the tragic Emiliano Sala plane crash has suggested that David Ibbotson might 'not have been qualified' to have piloted the flight - and the Piper Malibu aircraft may not have had the correct permissions to make the journey.

Striker Sala died while flying between Nantes, France, and Cardiff following his £15million move to the Premier League club.

The plane crashed into the English Channel on January 21, sparking an operation to find the wreckage and the remains of the two people on board - with Sala's body identified while Ibbotson is still missing.


A report released by the air accident investigation branch on Monday suggested that Ibbotson might not have had the appropriate licence to fly the plane.

The report also suggested that the single-engine Piper Malibu plane, made in 1984 and had flown 6,636 hours, did not have permission to make the journey.

The report also gave further details of the last moments of Sala and Ibbotson.

It said that the aircraft took off and initially climbed to 5,500 ft. Later, the pilot requested a descent to remain in 'Visual Meteorological Conditions'.

It reads: "The last radio contact with the aircraft was with Jersey Radar at 2012 hrs, when the pilot asked for a further descent.