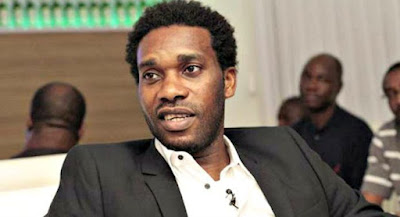 A Lagos Division of the Lagos State High Court in Igbosere has issued a bench warrant for the arrest of former Super Eagles star, Austin Okocha, over tax evasion charges.

Jay Jay Okocha as he is popularly known has repeatedly failed to appear before the court to answer why he allegedly failed to pay his income taxes.

Adedayo Akintoye, the judge, issued the warrant for the arrest of the former Eagles captain on January 29 and thereafter adjourned until February 19.

However, on February 19, the prosecution had not effected the arrest forcing the judge to, again, adjourn till April 15 and ordering that the warrant be executed by then.


The football star is facing a three-count charge instituted by the Lagos State Ministry of Justice bordering on failure to furnish his income returns and nonpayment of tax.

The state filed the charges through its prosecutor, Jide Martins, in June 2017 and the suit began four months later.

The defendant, however, had failed to appear in court.