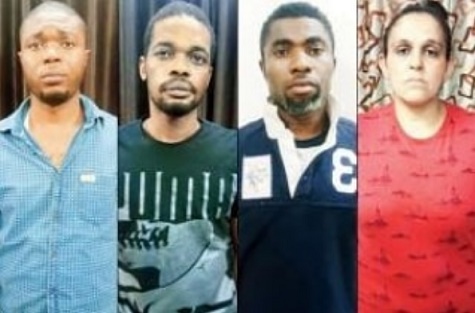 Four foreign nationals, who were allegedly carrying 6.492kg of cocaine, worth ₹38.95 crore, concealed in the rings stitched on curtains for it to pass through the rod, were arrested from Andheri (West) on Saturday. They have been remanded in police custody for seven days.

Police had got a tip-off that three Nigerian men and a Brazilian woman were carrying narcotics in their bags, but on intercepting them, they only found curtains in the bags.


The team, headed by police inspector Daya Nayak, then started to check the curtains. On opening the rings, they found thin tubes containing white powder fitted around it. Each of the 78 curtains had eight rings carrying cocaine.

The police seized the substance and arrested the four accused – Niras Okhovo, 35, Simon Agobata, 32, Michael Hope, 29, and Brazilian national Karle Iris, 41 – who were on their way to meet a fifth accused, after which they were to send it via courier.

Police have also retrieved the machine which the accused used to roll the tubes.
A raid at the Koparkhairane residence of the accused led the police to multiple passports, but none of them is in their names.

“The fifth accused is absconding. We will arrest him soon. We are also tracking the courier companies that sent the consignments in the international market. We are enquiring whether they have any role in it or not,” said Nayak. 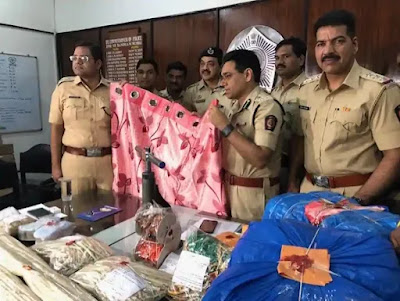