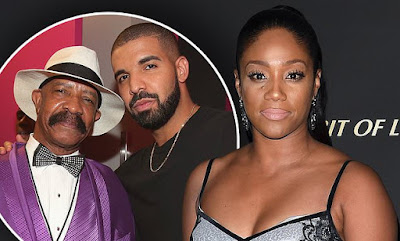 She has been open about Drake sliding in her DMs last year.  But Tiffany Haddish revealed one of the Canadian rapper's nearest and dearest also tried romancing her.

She said: 'His [Drake's] dad hit me up though and I turned his dad down. I’m not being Drake’s step momma!'

Tiffany said that she asked Drake if he was taking her out to dinner after appearing in his Nice For What music video but never heard from him again after their date.


She said : 'That’s because I was being thirsty – that’s my fault. I should have said, "I’ll see if I can be in your music video. What are you looking at? Are you trying to hang out with me? Ewww gross!"