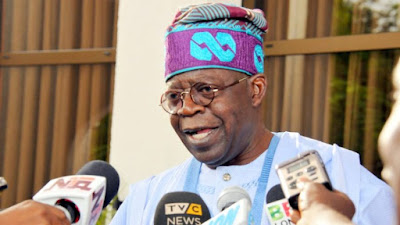 A leader of the All Progressives Congress (APC), Bola Tinubu, has said President Muhammadu Buhari was ‘misinterpreted’ over his comment that thugs that snatch ballot boxes in the upcoming polls, will do so “at the expense” of their lives.

The comment has generated a flurry of heated debates on social media, over its propriety. The Electoral Act prescribes two years in jail, not death, for persons found guilty of snatching or destroying election materials.

Speaking after the meeting, Mr Tinubu gave his opinion of what he thought Mr Buhari meant.


”The president was just reinforcing the fact that if you are out there snatching ballot boxes, and causing destruction, you are at risk of your own life,” he said.

“It’s okay, emotions are running high these days. Any individual, including myself, can be misinterpreted.

“These (interpretation) are not his words. He is a law-abiding person and he understands categorically and clearly what rule of law is and the lives of individual citizens, that he is in that office to protect.”
at February 19, 2019