Trump's Doctor Says He Is In 'Very Good Health' 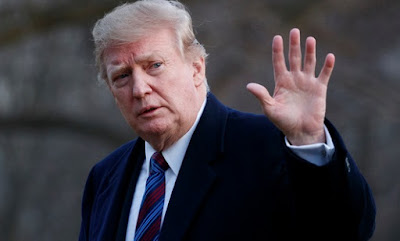 President Trump is “in very good health” and is expected to remain healthy for “the duration of his Presidency, and beyond,” the president’s doctor reported Friday after a physical exam that lasted nearly four hours and included 11 specialists.

The White House did not release details of the exam at Walter Reed National Military Medical Center and did not say whether more details would be released.

Trump was seen by a “panel of 11 different board certified specialists,” Sean P. Conley wrote in a brief memorandum released by the White House.

The memo did not include the disciplines of any of the specialists. Typically, a physical exam includes checks of height, weight, blood pressure and other standard measures. Trump said last year that he takes a statin drug to manage his cholesterol.