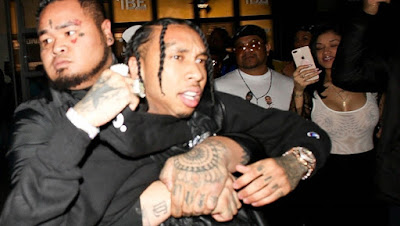 Rapper Tyga, 29, was taken out of club Sunset Room on Feb. 23 at 42-year-old Floyd Mayweather’s birthday party in Hollywood after getting into an argument with another event attendee, TMZ reported.

After being kicked out of the club and physically removed by a guard, Tyga attempted to grab his security guard’s gun, but luckily, the guard stopped Tyga from obtaining the weapon, seen in video footage obtained by the outlet.

“Alright bro,” the rapper yelled while still being escorted out of the club. “Chill out!”

Eyewitnesses asked Tyga if he was okay after he broke free from the guard who took him out.

After Tyga was let go, he stood near his security guard and put his hand in the guard’s pocket to reach for his gun. However, Tyga’s security guard didn’t let Tyga take the gun, despite Tyga’s multiple attempts, which likely kept the situation from escalating even further.

Tyga’s guard can be seen sternly talking to Tyga in the video clip, likely encouraging Tyga to leave the scene and de-escalate the situation entirely. Tyga walked, and then ran, away from the reporters asking for an account of what happened inside. Toward the end of the clip, Tyga was seen getting into an argument with his security guard, but the reasoning for the argument is unknown. The people around Tyga were telling him “he’s not worth it,” – perhaps indicating that Tyga wanted to go back to the initial guard who kicked him out, or to the attendee inside the club who he had gotten into the initial spat with.

Tyga’s friend then demanded that people stop recording what was happening, due to the “real sh*t [going on] right now.”

Finally, Tyga was seen entering a red car, and finally, exiting the premises. No one appeared hurt in the situation, but it remains unclear why Tyga was initially forcefully taken out of the club. 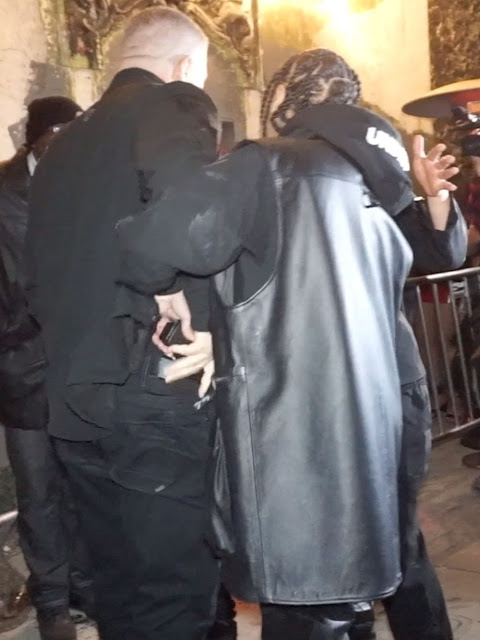 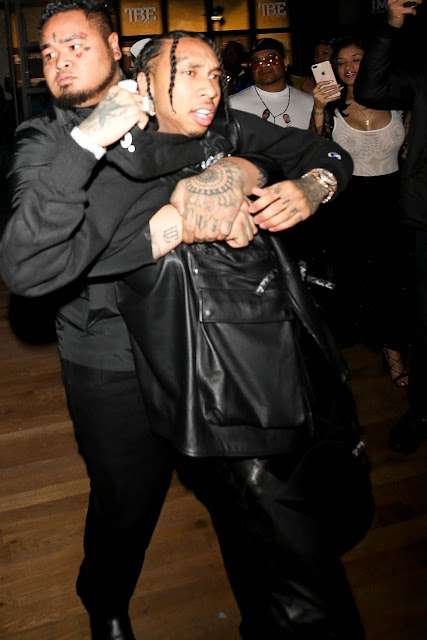