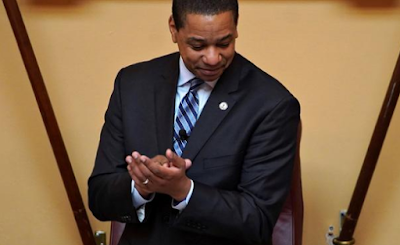 Virginia’s embattled governor insisted he would not resign over a racist yearbook photo, but said the state’s lieutenant governor would have to step aside if s-xual assault allegations against him were found to be true.

In a CBS interview to be broadcast on Monday, Governor Ralph Northam said he had learned from the controversy that erupted on Feb. 1 when a racist photo surfaced from his medical school yearbook, and that as a former pediatrician he could help Virginians heal.

“There’s no better person to do that than a doctor. Virginia also needs someone who is strong, who has empathy, who has courage and who has a moral compass,” Northam told CBS “This Morning” co-host Gayle King. “And that’s why I’m not going anywhere.”


According to excerpts of the interview provided on Sunday by CBS, Northam was asked about allegations of s-xual crimes, including r-pe, that have been made by two women against Lieutenant Governor Justin Fairfax, a fellow Democrat who is African-American and the state’s second-highest elected official.

Fairfax, who has denied the allegations, has also faced widespread calls from Democratic leaders to step aside.

Northam told CBS it must have taken tremendous courage for the women to come forward, and that he supported Fairfax’s call for an investigation.

“And if these accusations are determined to be true, I don’t think he’s going to have any other option but to resign,” Northam said.
at February 10, 2019