Was Jordyn Woods Secretly Seeing Tristan For A Month Before They Were Caught Making Out? 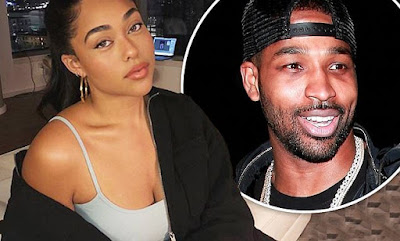 When reports first emerged that Jordyn Woods had been caught in a clinch with Tristan Thompson, the Kardashians are said to have been incredulous.

But the shocking betrayal may run even deeper than at first thought, with a new report alleging that Jordyn had been secretly seeing Tristan for a month before they were caught out.

Hollywood Uncovered's sources claim that the 21-year-old BFF of Kylie Jenner was secretly 'involved' with the NBA player for a month before they were seen kissing at a house party.

As for the infamous party - where the two were caught out - the website claims Jordyn had texted Khloe the morning after the celebration, claiming she had stayed in order to make sure Tristan 'didn't cheat'.


But when witness accounts emerged of her and Tristan, Khloe got in contact, and Jordyn is said to have come clean.

Khloe instantly ended things with Tristan, who she had previously taken back after he cheated repeatedly during her pregnancy with ten-month-old daughter True.

It subsequently emerged that Jordyn wasn't the only one getting close to Tristan this past week, with footage surfacing showing him taking two curvy girls into a bedroom, where they remained for 45 minutes, three days before he was seen with her.
at February 21, 2019